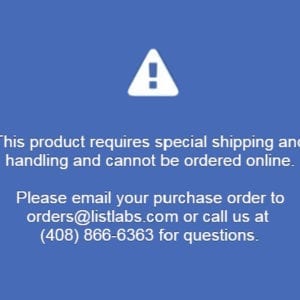 Shiga toxins, also called verotoxins, consists of two domains: the A polypeptide confers the activity, and the B polypeptide pentamer confers the receptor-specific binding. The A polypeptide has an N-glycosidase activity that cleaves an adenine from the 28S rRNA of the 60S cytoplasmic ribosome. This activity renders the 28S rRNA unable to interact with the elongation factors EF-1 and EF-2, thus inhibiting protein synthesis. The B polypeptide forms a pentamer that binds to the eukaryotic cell receptor globotriaosylceramide (Gb3). Shiga toxins then enter the cells by receptor-mediated endocytosis.

Once the Shiga toxins have been endocytosed, they are retrogradely transported through the Golgi apparatus to the rough endoplasmic reticulum where they effectively target the ribosomes. In addition to inhibiting protein synthesis, Shiga toxins induce cytokines such as interleukin-1, interleukin-6, and interleukin-8. They have also been shown to induce expression of tumor necrosis factor (TNF), induce F-actin depolymerization, and activate a Src kinase.

The effects of Shiga toxin 1 and Shiga toxin 2 have been shown to vary with cell type because Gb3 receptors are present in certain tissues, particularly sensory neurons and renal cells. In those cell types, the receptor concentration and binding is modulated by factors such as tumor necrosis factor (TNF), interleukins, and fatty acid content of the membranes. Shiga toxin 1 and Shiga toxin 2 differ in their effects on various tissues. However, they have both been shown to induce apoptosis in several different cell types.

Shiga toxin 1 and 2 provided by List Labs are recombinantly expressed in E. coli and are highly purified. Shiga toxins are very toxic and should be handled with extreme caution.

Sphingolipid biosynthesis generates lipids for membranes and signaling that are crucial for many dev....

The ionophore lasalocid is widely used as a veterinary drug against coccidiosis. We found recently t....

The Retro-1 molecule was identified in a high-throughput screening as an inhibitor of ricin and Shig....

The Journal Of Cell Biology

The globotriaosylceramide Gb3 is a glycosphingolipid expressed on a subpopulation of germinal center....

Secretion of the Shiga toxin B subunit (Stx1B) via an autotransporter protein optimizes the protective immune response to the antigen expressed in an attenuated E. coli (rEPEC E22ler) vaccine strain

Many AB toxins elicit a cytotoxic effect involving the inhibition of protein synthesis. In this chap....

Plant and microbial toxins are considered bioterrorism threat agents because of their extreme toxici....

We report here the quantitative detection of Vibrio cholerae toxin (CT) in isolates and stool specim....

Human infection by Shiga toxin producing Escherichia coli (STEC) is one of the most prevalent foodbo....

Ricin is a highly toxic protein produced by the castor plant Ricinus communis. The toxin is relative....

In this report, we studied the role of DNA damage signaling pathway in shiga toxin (STX)-induced mam....

A family of structurally related protein toxins extracted from bacteria or plants have a similar mec.... By: Suzanne Canada, Ph.D. Tanager Medical Writing While you go about your day, you are surrounded by micro-organisms.  Although most of us spend a lot of time washing up and trying not to think about the propensity of creatures that share our personal space, scientists have been studying them.  Due to their great progress, we […]